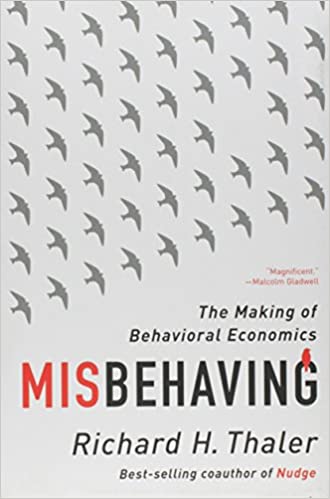 Humans have limited time and brainpower. As a result, they use simple rules of thumb—heuristics—to help them make judgments. From a traditional economic perspective, in which people behave and think correctly all the time, we are actually misbehaving.

In the world of Econs (traditional economists) people behave and think correctly all the time. Then how do you explain the following behaviors?

Each example illustrates a behavior that is inconsistent with economic theory.

→ Jeffrey is ignoring the economists’ dictum to “ignore sunk costs,” meaning money that has already been spent. The price we paid for the tickets should not affect our choice about whether to go to the game.

→ Stanley is violating the precept that buying and selling prices should be about the same.

→ If Linnea spends ten minutes to save $10 on a small purchase but not a large one, she is not valuing time consistently.

→ Lee feels better about spending family resources on an expensive sweater if his wife made the decision, though the sweater was no cheaper. And removing the cashews takes away the option to eat some more; to Econs, more choices are always preferred to fewer.