The New Nomads by Felix Marquardt 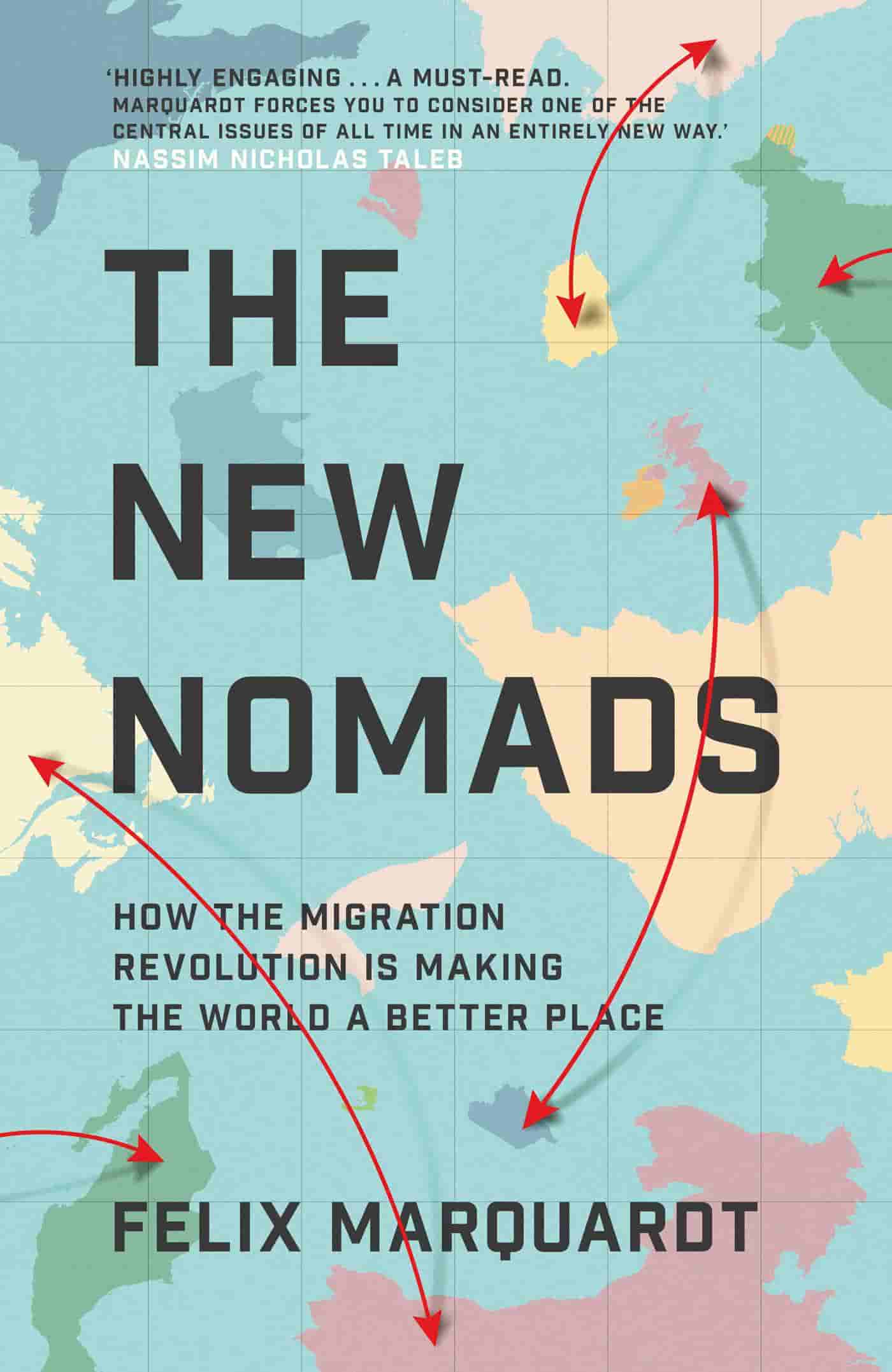 When we think of migration, we think of unwanted immigration, and we think of it in negative terms, but migration is an absolutely central part of the human experience. Migration and movement have always been the norm, not the exception.

Immigration and emigration are two sides of the same coin. Today there are many people voluntarily leaving their countries for social, political and economical reasons. Not just from poor to rich countries but from everywhere, in all directions.

Migratory flow will only continue to rise due to climate, social and economic instability. Nations should start to accept migration as an ongoing social aspect: instead of keeping migrants at bay, nations should legislate and organize an infrastructure that facilitates the inclusion of immigrants and dismantles people traffickers.

Migrants and nomads – far from being the problem, perpetrator or victim they are made out to be – can be the weavers and the ambassadors of a new ethic that is both locally grounded and globally minded.

→ When we think of migration, we think of unwanted immigration, and we think of it in negative terms. We’ve got it all wrong. Far from an aberration, or something we only undertake under duress, migration is an absolutely central part of the human experience. We don’t simply migrate to escape crises, but for all kinds of other reasons besides. The urge to migrate, to quest, to go on a journey, is deep-seated – ancestral, essential and instinctive. If we had no instinct to migrate, the entire human species would still be in Africa. We may even have died out.

→ Migration is, at its root, an innate human urge. It is overwhelmingly a slow, smooth and quite seamless phenomenon, more infusion than invasion.

→ Focusing overwhelmingly on one side of migration blinds us to the other half of the story – that migration also involves emigration. An emigration revolution is underway. We tend to think of migration as a process by which people from poorer countries move to richer ones. But people from everywhere are moving in all directions: from north to south, west to east and, indeed, south to south.

→ [We should leverage] migration's potential as a means of education, empowerment, enlightenment and emancipation in the twenty-first century. Migrants and nomads – far from being the problem, perpetrator or victim they are made out to be – are the weavers and the ambassadors of a new ethic that is both locally grounded and globally minded.

→ True courage in these times of acute political polarisation lies in the very act of engaging the Other. Many liberals like myself who feel well-inclined towards immigrants fail to see that our condescending attitude towards those we see as closed-minded constitutes a form of close-mindedness, too. These attitudes fuel the far right. Openness to and interest in foreign people and places, if it isn’t paralleled by openness to and interest in people who live down the road, is not a virtuous position at all.

→ Migration has an entrepreneurial quality to it. If, when we say ‘entrepreneurial’, we aren’t simply describing ‘someone who starts a business’, but rather somebody who is enterprising, able to build a network, self-starting, risk-taking and independent, we can see practically all migrants as entrepreneurs. Migration is undertaken by those who seem naturally gifted with an entrepreneurial character; furthermore, the experience of migration develops any latent entrepreneurial tendency.

→ Unprecedented international mobility gave the young unprecedented leverage. By voting with their feet – moving from one country or city to another, as well as, as we will see, from the city to the countryside – the young can turn the world into a beauty contest between cities, countries and regions vying to attract them. In many countries – although not all – where the young are either ignored, manipulated, patronised or downright mistreated, they are increasingly deploying a potent new weapon: leaving.

→ [If migrants were] Thoughtfully and sensibly distributed around a nation, however – particularly to places in urgent need of younger people – we can prolong the process of that seamless infusion which has been going for millennia, rather than give rise to fears of an ‘invasion’.

→ If host nations were not seeking to keep refugees out, refugees would not be forced to make such perilous journeys. The services of people traffickers would not be needed. Being accepting of refugees, and seeking to care for them, means that you can screen them and keep the wider populace safe, too.

→ Connection with peers, and a lack thereof, is the fundamental difference between a fearful, angry refugee and one who flourishes. When refugees arrive, a supportive community is the number one thing to expedite recovery.

→ The circumstances of digital nomads fundamentally differ from lots of other migrants who not only struggle and work hard to achieve but partake of their new communities and often give back to their old ones. They also differ from people who are unable to migrate. If you do not have the right passport or the right education, or you have people who depend on you, you cannot do as those fluff pieces in the weekend papers recommend and ‘follow your dreams’. And it is extremely annoying to be told that you should.

→ Not moving at all keeps our thinking narrow. It doesn’t allow us to see the big picture, whether that’s on a personal level, such as figuring out what we want to do with our lives, or the kind of large-scale thinking that we so desperately need to take decisive action against climate change. But what digital nomads have discovered in the past twenty years is that moving non-stop makes our thinking superficial and parasitic, and makes us disoriented: life becomes sad and overwhelming. [💡 Suggested read: The Digital Nomad Life and the Ambiguous Gift of Freedom]

→ The migratory flows we have witnessed so far are but a taste of what’s to come. Climate migrants are not an issue to worry about at some point in the future – they already exist, and in huge numbers. In 2018 alone there were 17.2 million displacements caused by natural disasters and around 764,000 caused by droughts. Climate change is going to cause more natural disasters, and more droughts. For lots of people around the world, a push factor spurring them to migrate is already the climate. The latest projections of the climate experts of the IPCC are that we may be looking at temperatures of up to six to seven degrees Celsius above preindustrial averages by 2100. This would make half the planet uninhabitable. It may sound far away. It isn’t. A considerable number of humans already born will be around.

→ Nomadism in the sense that I use it, giving equal weight to mobility and location, will be a key skill to develop as we face further disruptions this century – technologically, meteorologically and socially.